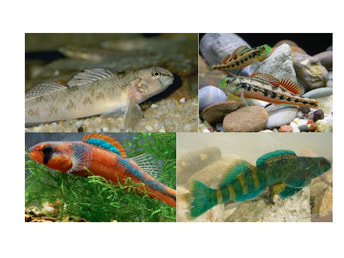 The empirical aesthetics of mate choice: The concept of beauty was central to Darwin's theory of sexual selection, yet evolutionary biologists are just beginning to formally address questions of aesthetics and beauty in nature. By comparison, the field of empirical aesthetics, which focuses primarily on human appreciation of art, has made great strides in understanding the biological basis of human aesthetics. The efficient coding theory of aesthetics states that images are aesthetically pleasing when they match the statistical redundancies of natural scenes, because these are more efficiently processed by the visual system (i.e., they're "easy on the eyes"). Indeed, people tend to prefer, and artists tend to recreate, the fractal dimensionality, scale invariance, and other image statistics that characterize natural scenes. Our central hypothesis is that efficient coding contributes to the evolution of sexual signal design in nature, and that the aesthetic experience of seeing a beautiful mate shares a biological basis with the aesthetic experience of humans observing a beautiful landscape or work of art. We test these predictions in darters.

The phenotypic architecture of group boundaries: How and why organisms distinguish members of their group from non-members is fundamental to understanding species and biological diversity, because it forms the basis of reproductive isolation. While much of evolutionary biology is devoted to identifying the genetic basis of reproductive isolation, our lab primarily dissects the phenotypes. We ask which communication signals are necessary and sufficient to elicit a mating response, to what extent male and female preferences contribute to behavioral isolation between species, and the shape of preference or response functions in both males and females of closely related species.

​
Dummy fish are painted to mimic the most basic elements of darter color and pattern (live males in bottom panel). Both females and males spend significantly more time associating with and responding to dummies with conspecific color and pattern (Williams & Mendelson 2011, 2013) 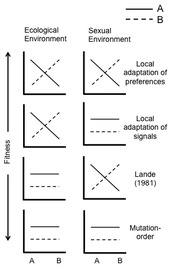 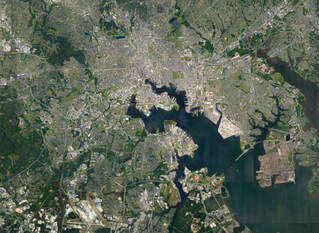 NSF Research Training Grant: a new UMBC Master's program broadening participation in the environmental sciences
The highly urbanized and industrialized Baltimore Harbor forms the basin of the Patapsco River and is a major tributary embayment of the upper Chesapeake Bay. Baltimore is one of many coastal cities working to solve competing environmental and socio-economic problems. Many of the issues facing the Harbor are visible, like trash and storm water runoff, and others are not, like sewage, legacy chemicals from early industrial activities, and nutrient inputs from other river systems. Though many of the Harbor’s environmental issues are public knowledge, and substantial outreach is focused on creating a cleaner harbor, scientific literature on the health of the Harbor is surprisingly scant. Funded by the National Science Foundation, we are partnering with multiple professional scientists to identify the critical research needed to implement new policies and practices to protect the Harbor. These scientists will serve as research advisors and instructors for our trainees. Our program aims to be a model for training students in urban ecosystem and coastal city problem-solving.
To apply for a Ph.D. or Master's position, follow this link to the UMBC Department of Biological Sciences Graduate information, or contact me and introduce yourself! tamram@umbc.edu